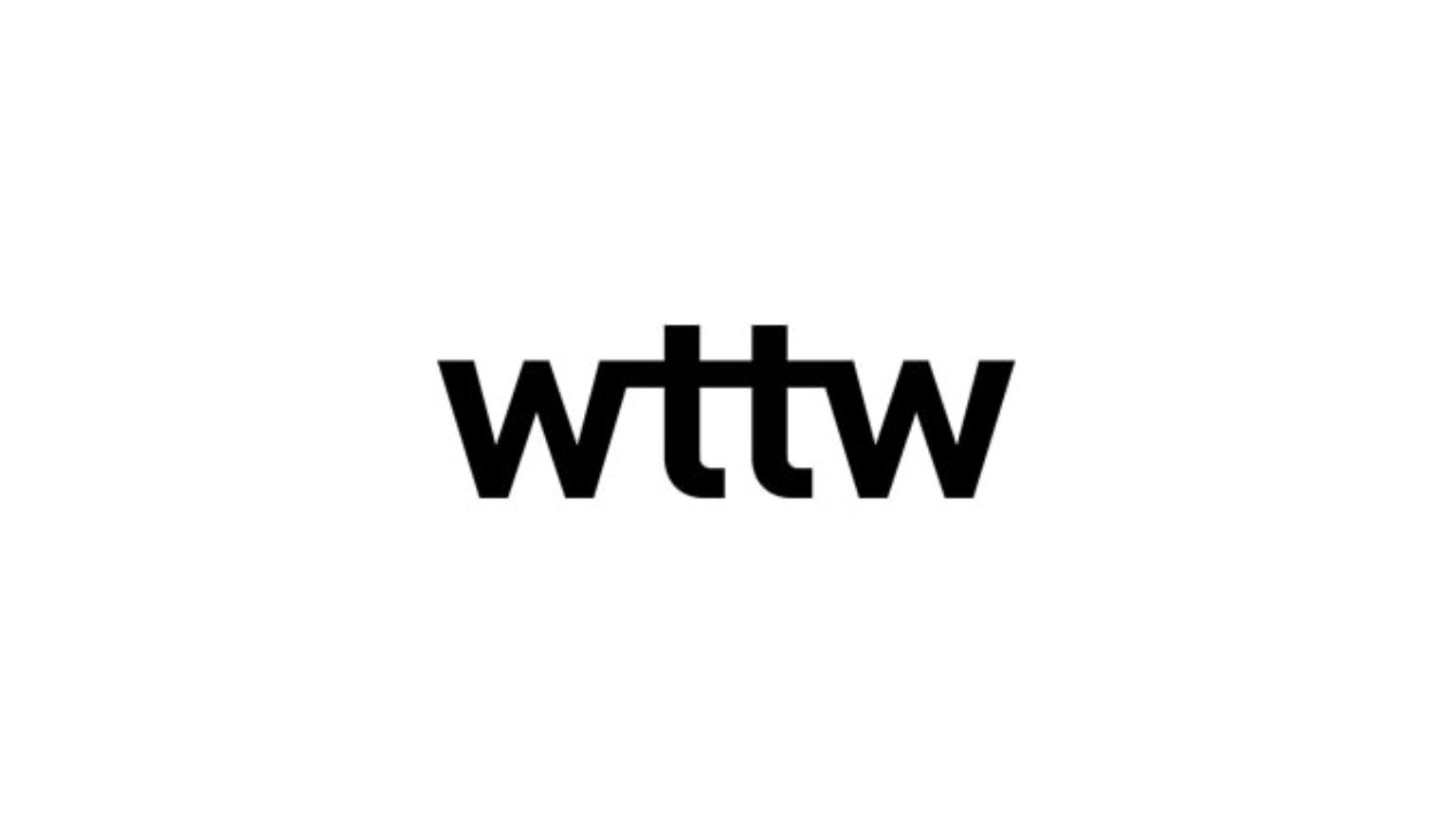 CHICAGO (Reuters) – The resettlement of refugees from Middle Eastern countries, particularly Syria, has been the center of a heated political debate after President Barack Obama last year pledged to resettle at least 10,000 refugees from the war-torn country in the United States. 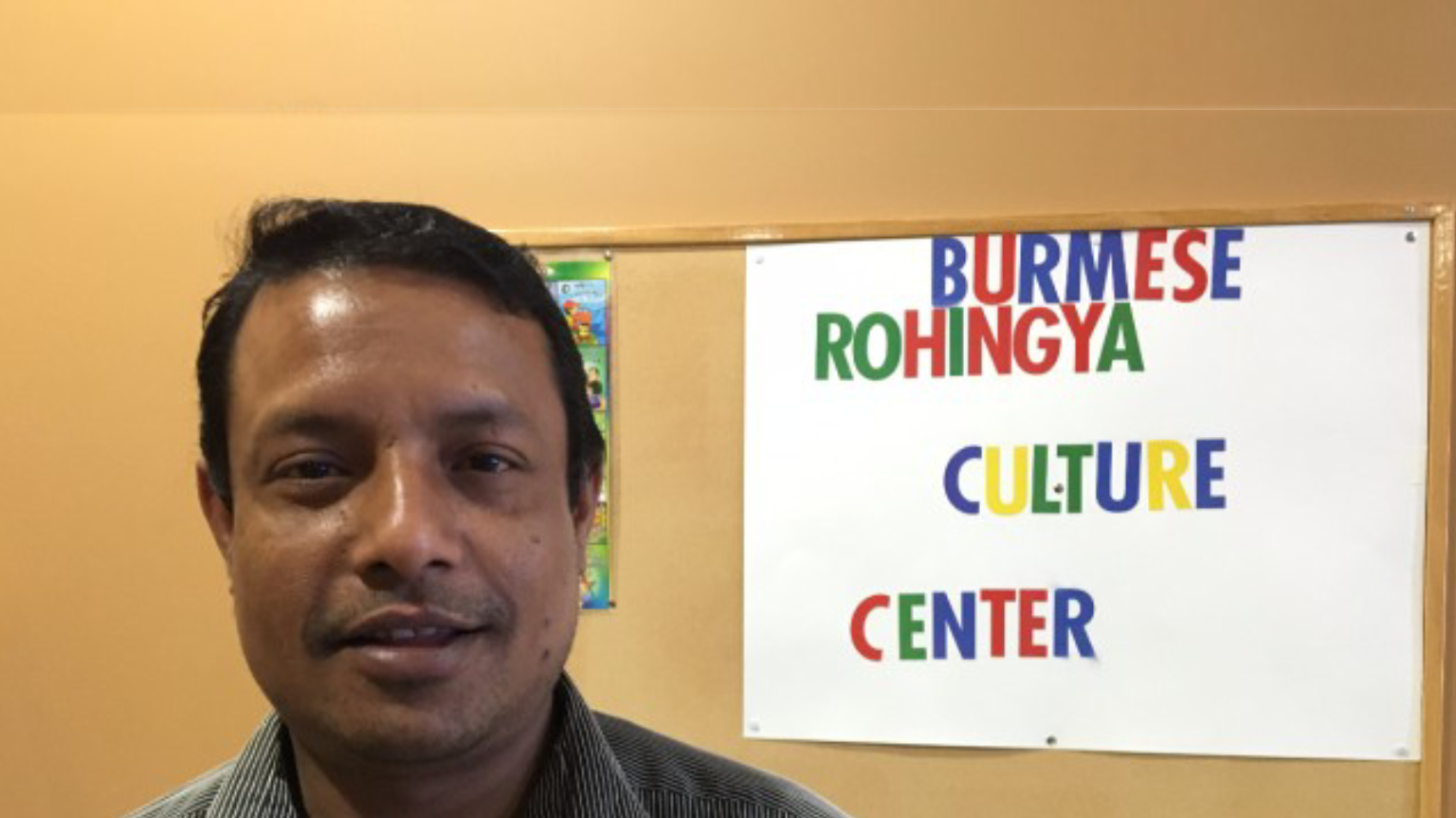 Chicago Rohingya Organize To Help Their Own

A growing number of Rohingya Muslims, who fled persecution and violence in their native Burma, have made Chicago home. The community has grown over the last several years and this Saturday they’ll open the Rohingya Culture Center. 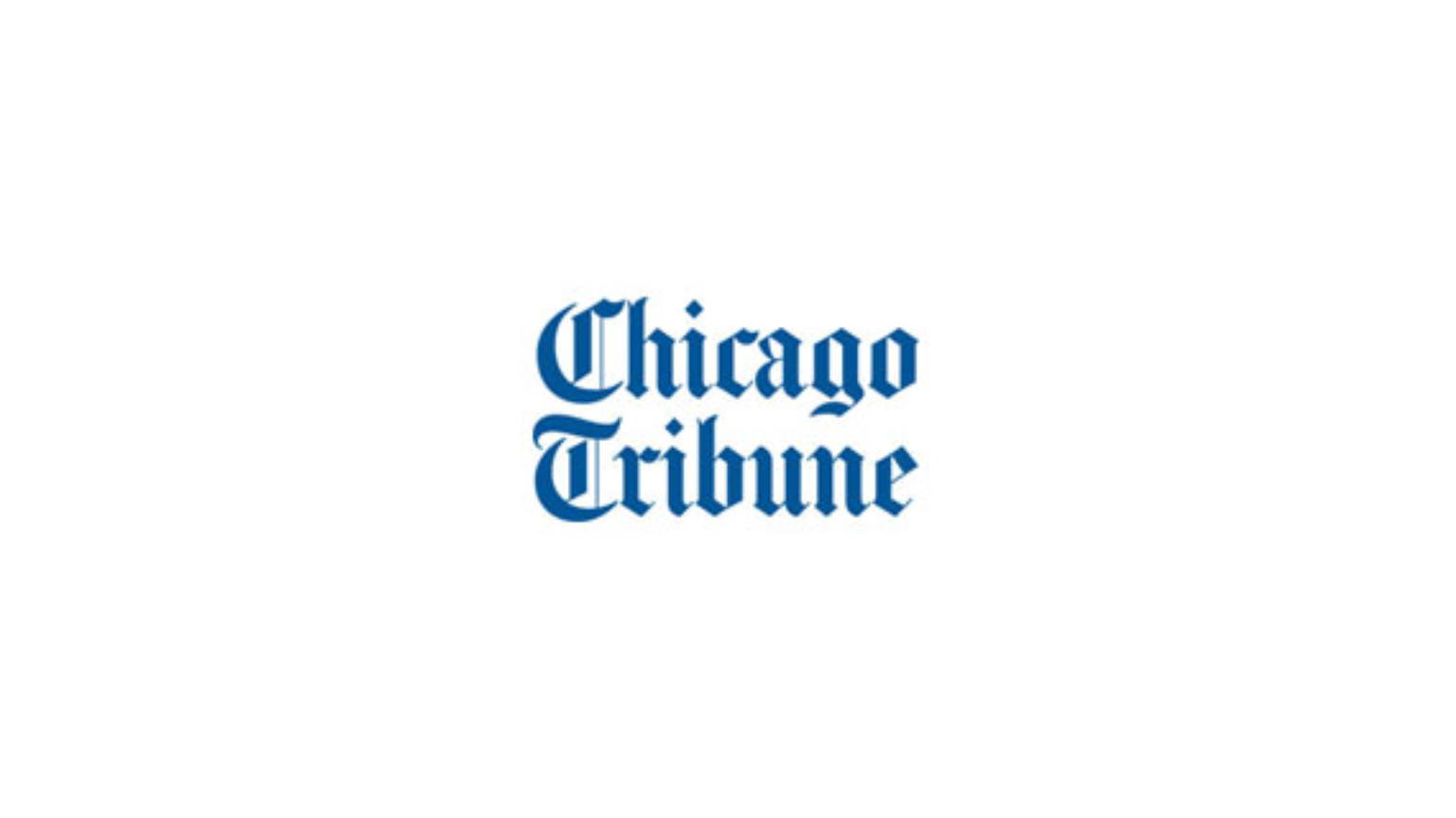 April. 15, 2016 For the majority of his life, Nasir Bin Zakaria was a citizen of nowhere. He was 14 when he was kidnapped by militants at a bazaar in west Myanmar. “Kalah,” they hissed at him, a racial slur used toward Rohingya — the ethnic Muslim minority residing among...

Sept. 20, 2016 CHICAGO (Reuters) – The resettlement of refugees from Middle Eastern countries, particularly Syria, has been the center of a heated political debate after President Barack Obama last year pledged to resettle at least 10,000 refugees from the war-torn country in the United States. But refugees from Myanmar.. 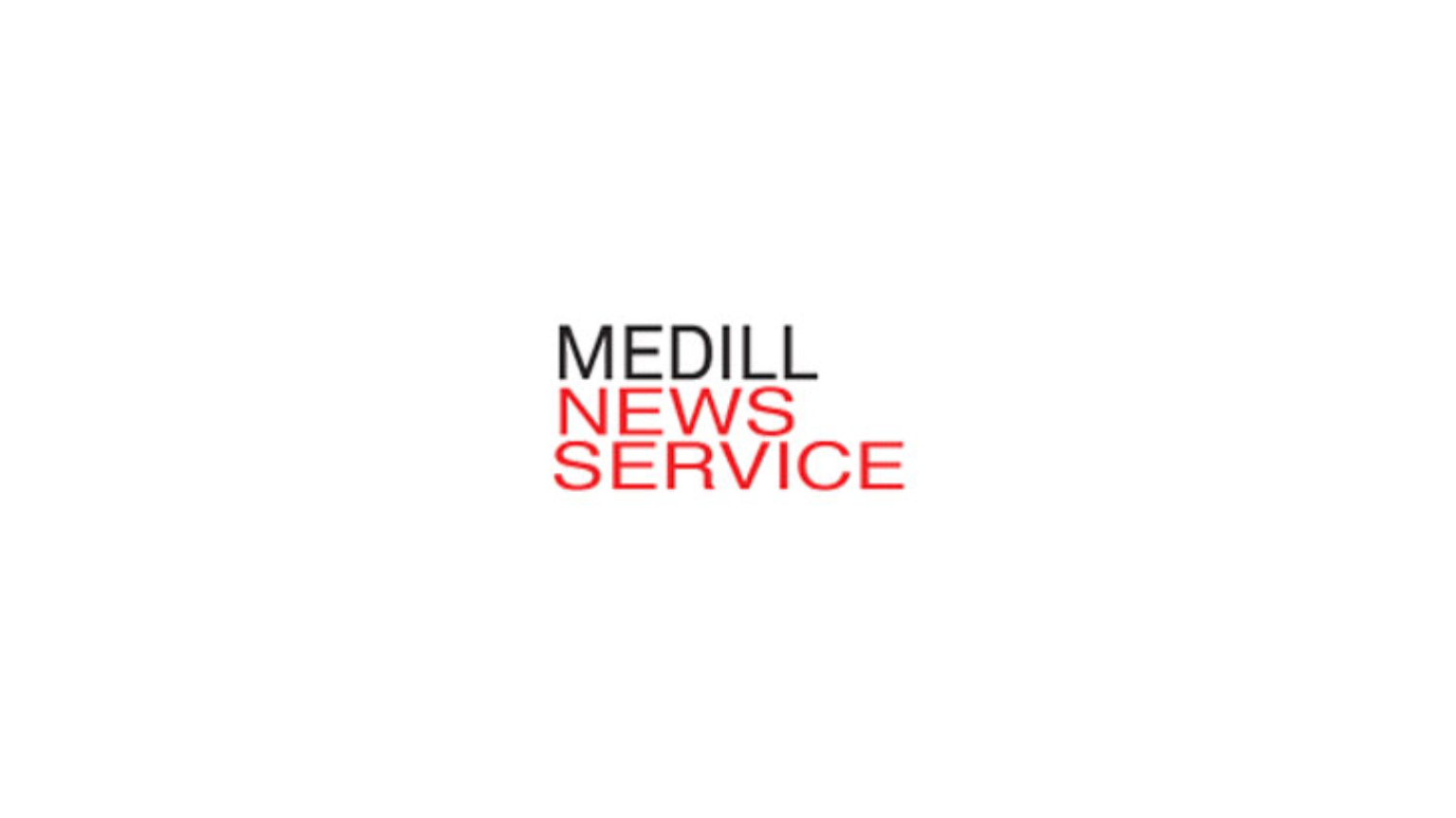 Oct. 11, 2016 A dozen primary school-aged children sit around desks taking instruction from their tutors, local college students who volunteer as English language teachers at the Rohingya Culture Center in Chicago. Zakaria, who works full-time as the director of the center, fought tirelessly to create this space for refugees. 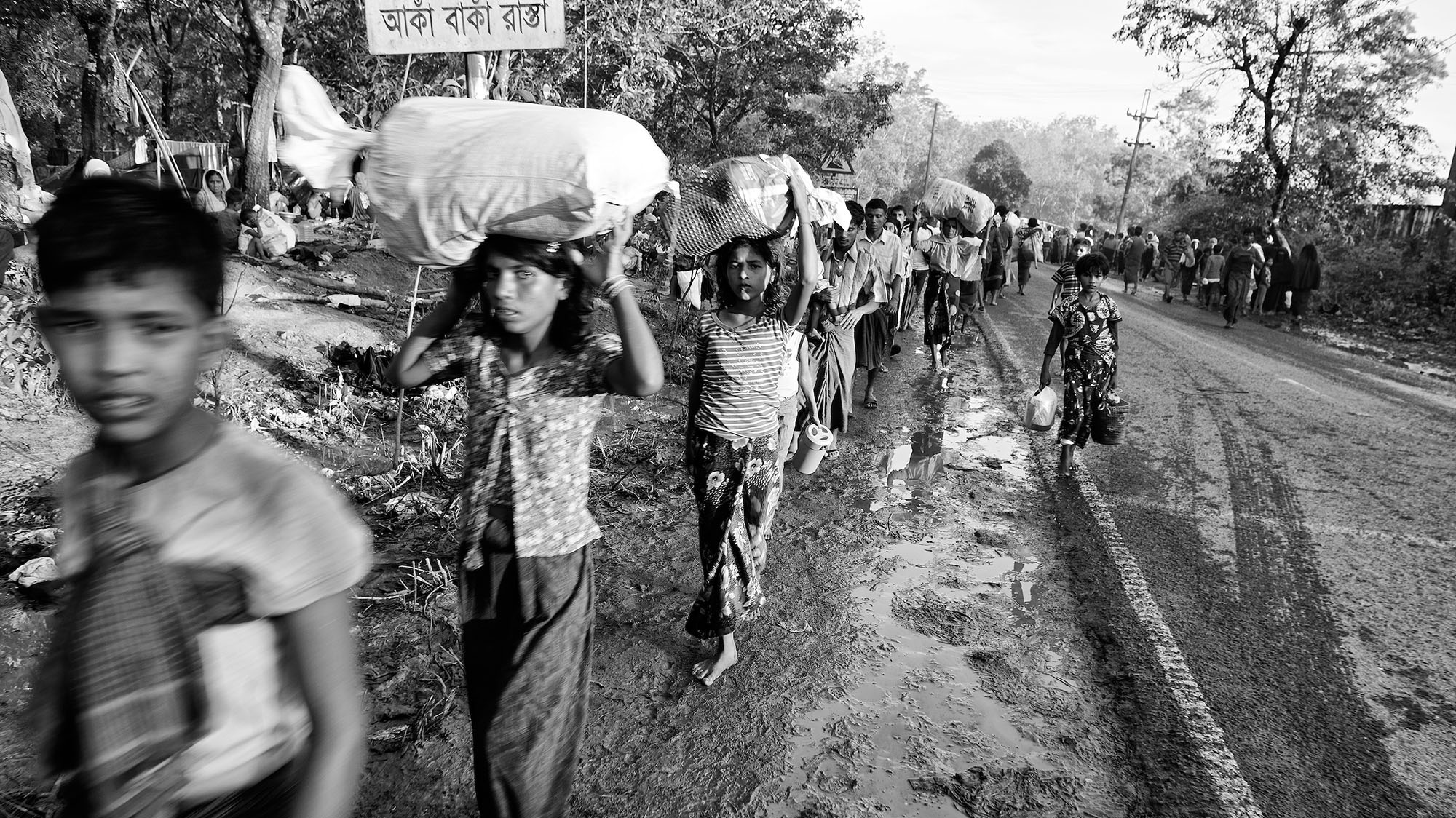 SEP. 29, 2017 The phone rang, and Nasir Bin Zakaria jolted awake. It was almost 2 a.m. on Tuesday, and the 40-year-old community leader had gone to bed only an hour earlier. The streets outside his apartment in downtown Chicago were quiet. “Hello?” The men on the line sounded panicked. 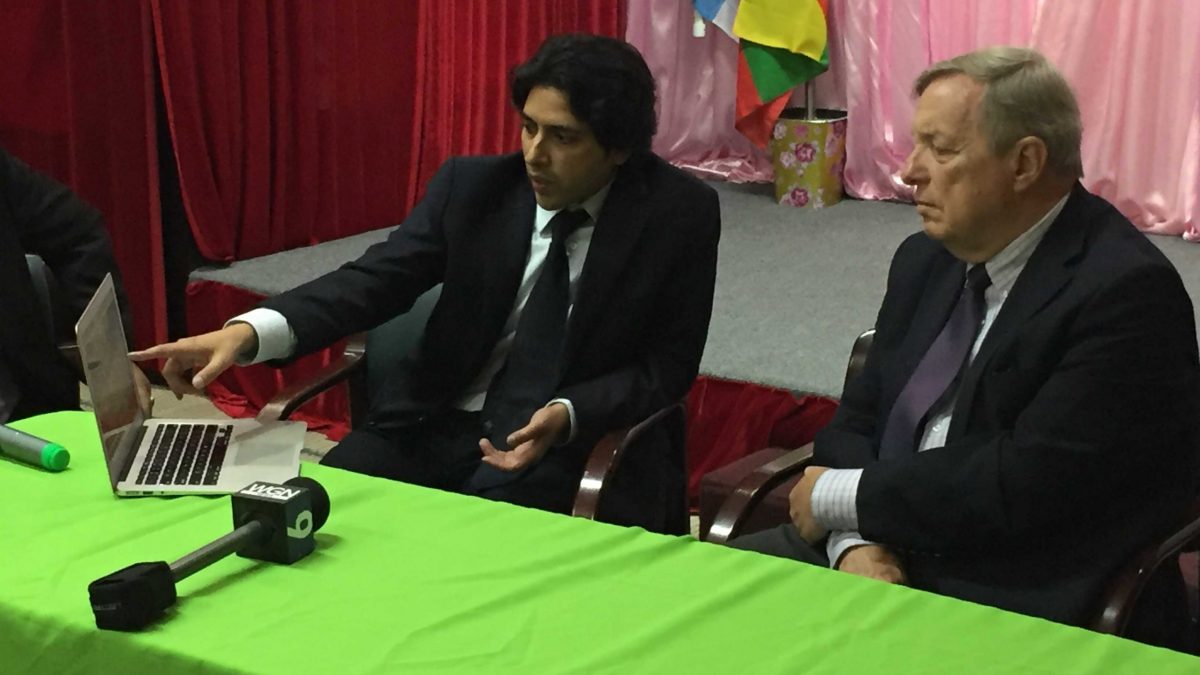 Rohingya Expatriates Push US Lawmakers to Act on Myanmar

Oct. 18, 2017 CHICAGO, ILLINOIS – Although he hasn’t seen his home country in more than a decade, modern technology has made it easy for Abdul Jabbar Amanullah to stay in regular contact with his family in Myanmar’s remote Rakhine state. Using email and social media to interact with loved... 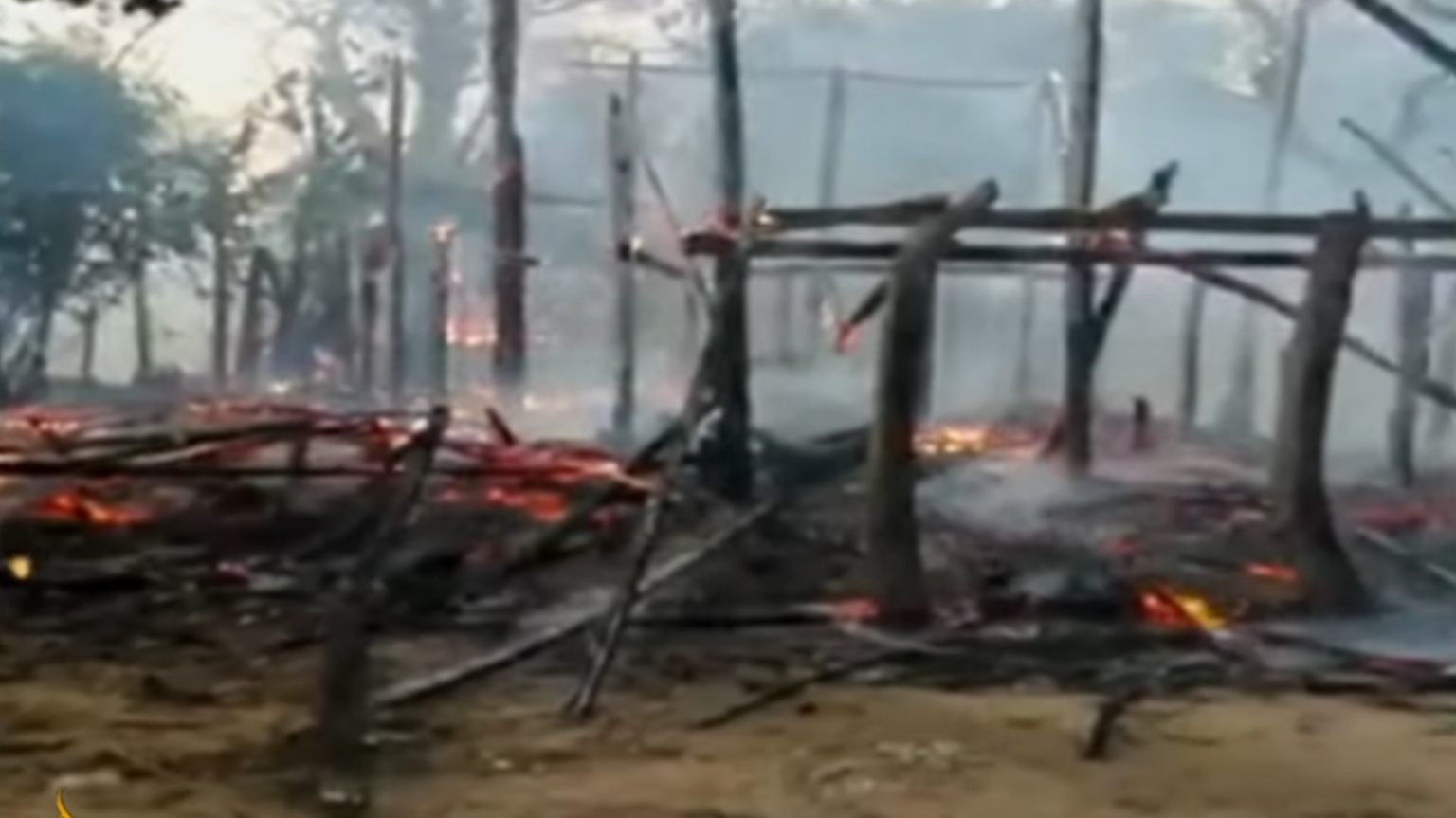 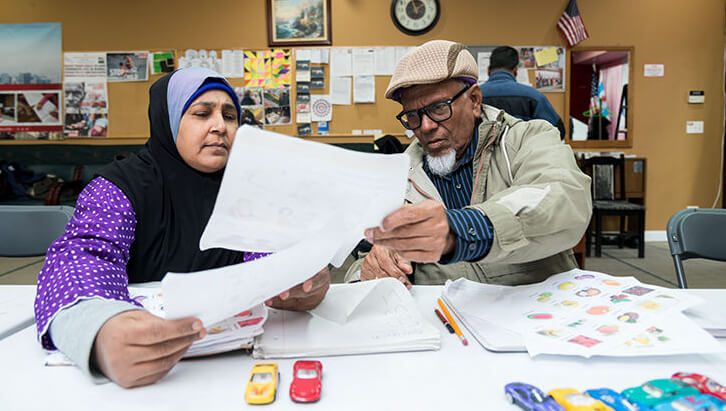 Nov. 28, 2017 Nasir Zakaria is one of hundreds of Rohingya, a stateless Indo-Aryan people from the Rakhine State, Myanmar, who found refuge in Chicago’s North Side. After immigrating to the U.S. from Myanmar in 2013 and settling in Rogers Park, Zakaria said he could not sit idly while his... 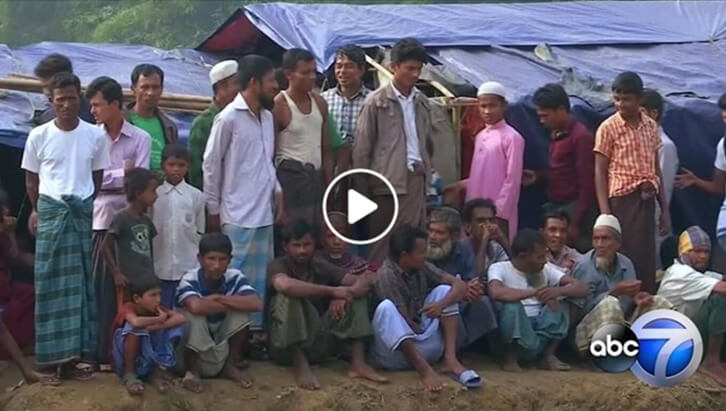 Nov. 29, 2017 CHICAGO (WLS) — Tragic images from Myanmar are difficult to watch. They show the plight of the Rohingya people, described by ABC News as a Muslim minority in the country also known as Burma. The Rohingya were stripped of citizenship by Myanmar’s government in 1982, though they’ve.. 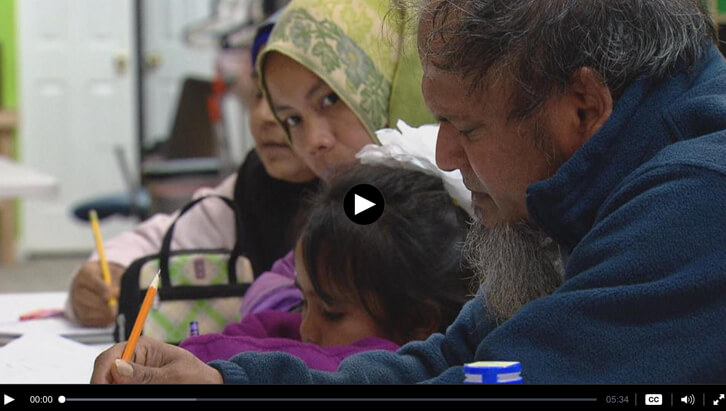 Dec. 11, 2017 As they flee persecution in Southeast Asia, Chicago has become home to the largest population of Rohingya Muslims in the U.S. Paris Schutz has this report. 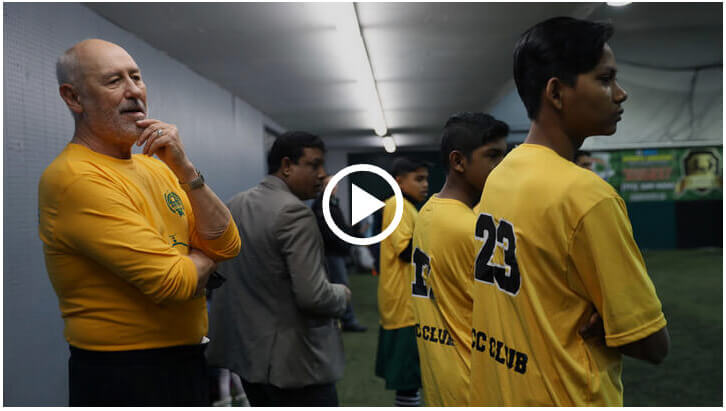 Dec. 26, 2017 Hasan Korimullah was 8, maybe 9, when he saw his mother hacked to death. The pair had been on a shopping trip near their home in Myanmar when two men jumped out of the bushes with machetes, he said. Hasan took off running, eventually escaping, while his... 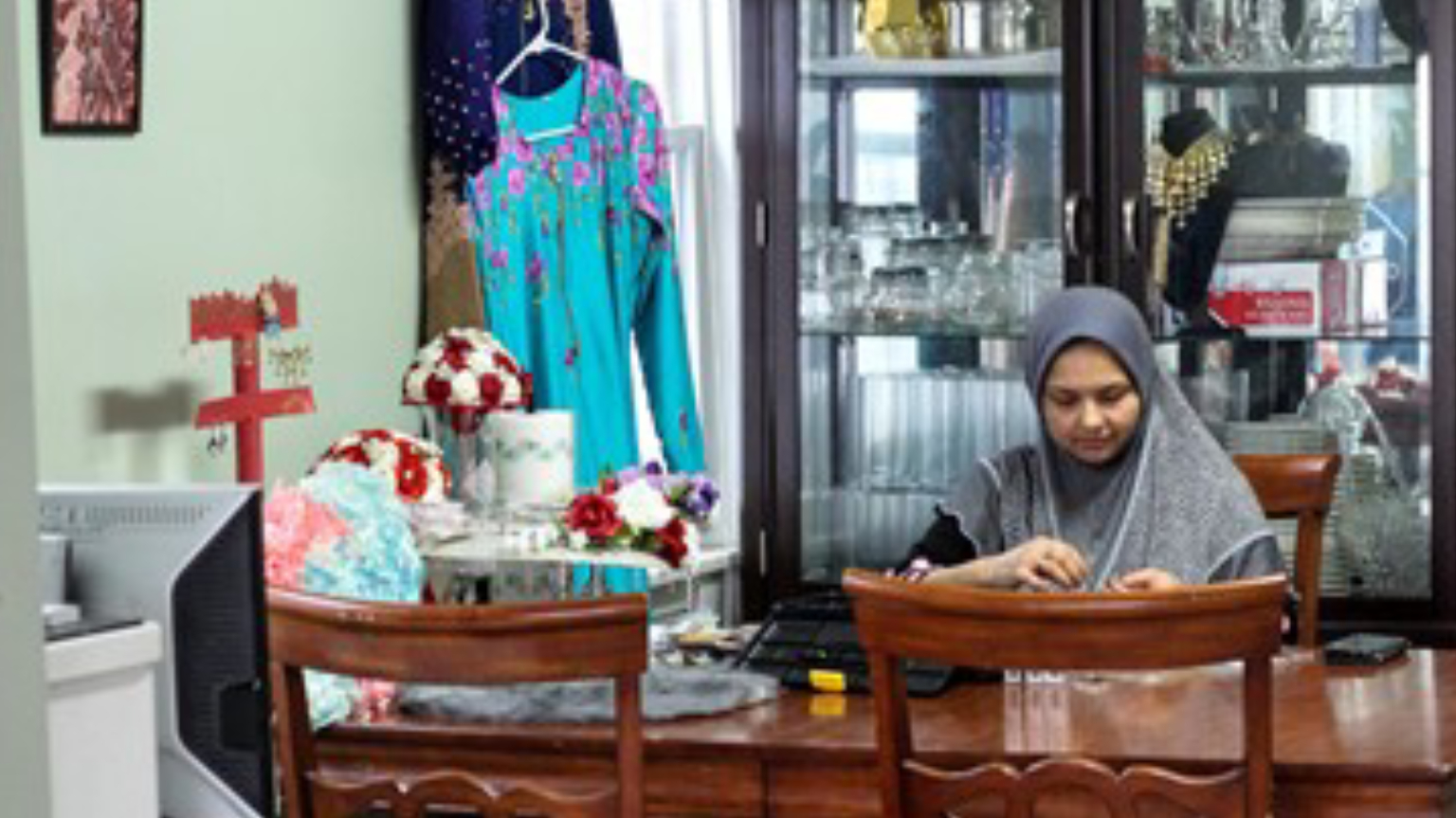 May. 04, 2018 When Aisyah Salamutallah stepped off an airplane onto U.S. soil in October 2016, she was greeted with blast of cold air. “I really happy,” she recalled. After fleeing discrimination in Burma as a child, then living without legal status in Malaysia for more than 30 years, Salamutallah 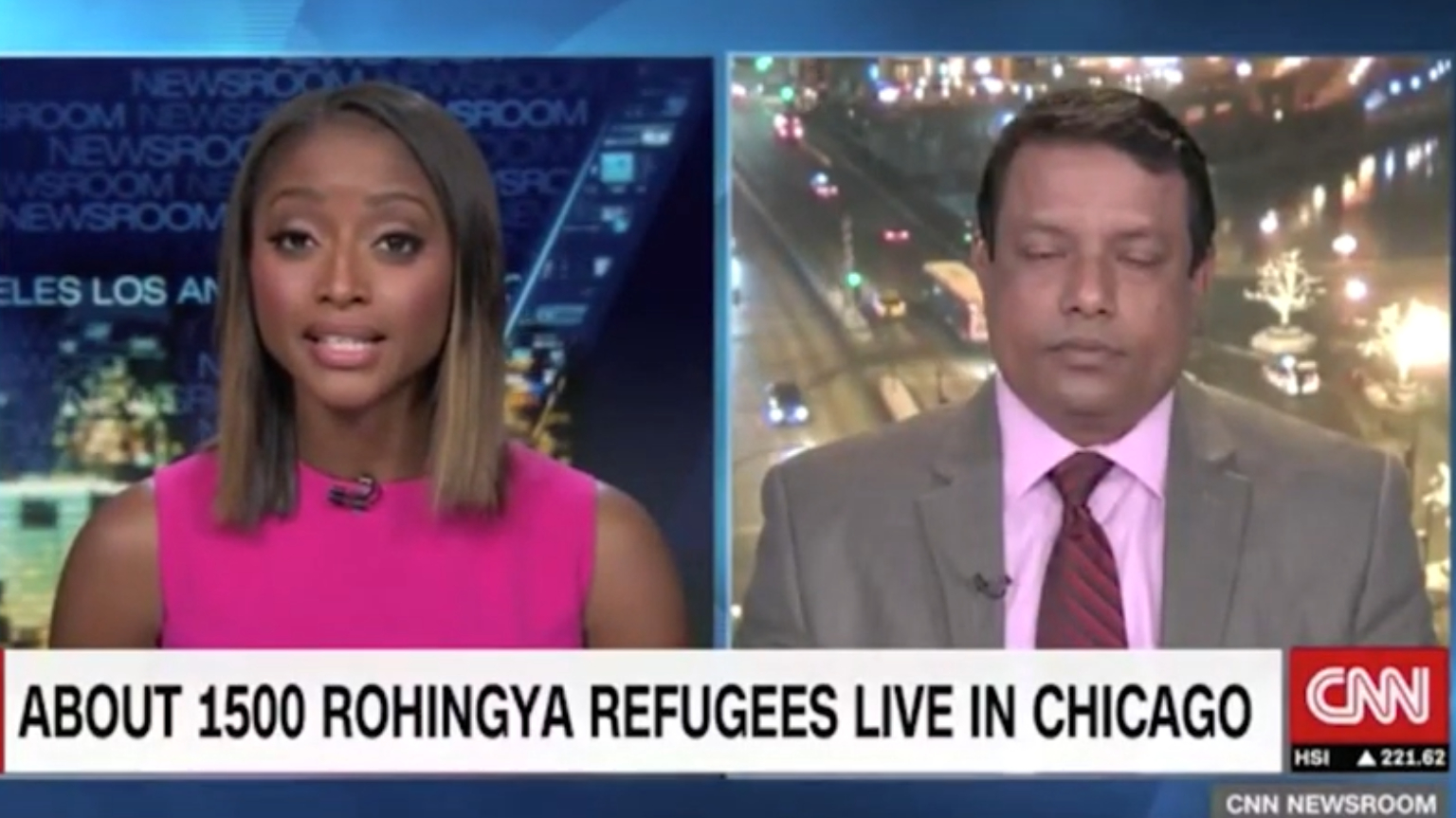 May. 08, 2018 Nasir Bin Zakaria was inspired by his personal experience to help fellow refugees. At 14-years-old, Nasir was forced to leave his family and flee from Myanmar. Twenty-three years later, he was granted refugee status and arrived in Chicago. 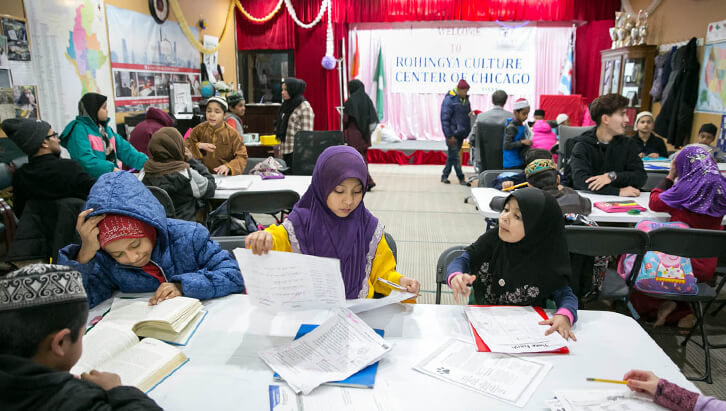 Jan. 24, 2019 Chicago has one of the largest number of Rohingya refugees to have been resettled in the United States. More than 1,600 Rohingya are based in Chicago, having spent years in Malaysia after fleeing persecution and violence in Myanmar in the 1990s and 2000s. 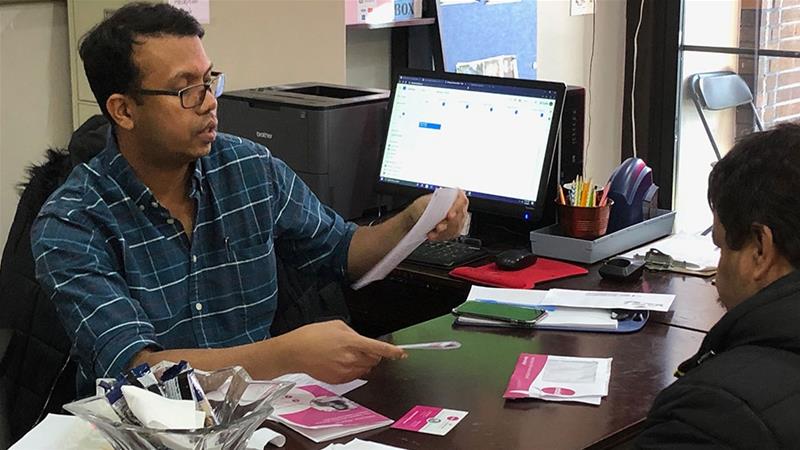 11 May 2020 Coronavirus crisis forces the centre to cancel Ramadan fundraiser and puts the community it serves in dire straits. Chicago, Illinois – Ramadan for Chicago’s only Rohingya Culture Center is not just a time for prayer, community and service, but also a time for survival. Every year, the centre, located in the... 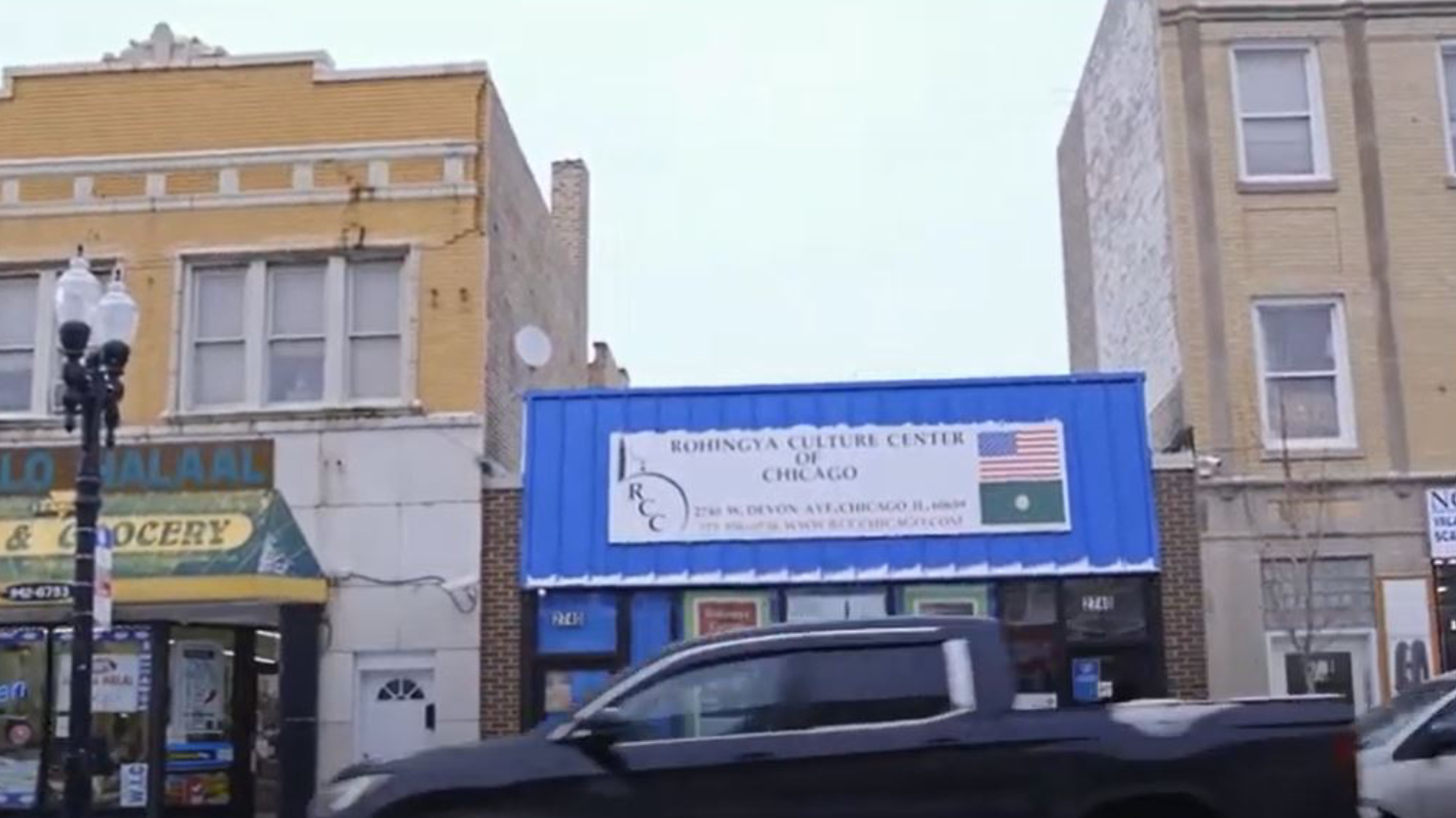 Rohingya Resettlement During a Pandemic

September 8, 2020 In the wake of the COVID-19 pandemic and the terrible toll it’s taken on the the city of Chicago and especially on it’s black and brown residents, there’s one population whose plight has been severely exacerbated by the virus and yet who’s been virtually absent from the.. 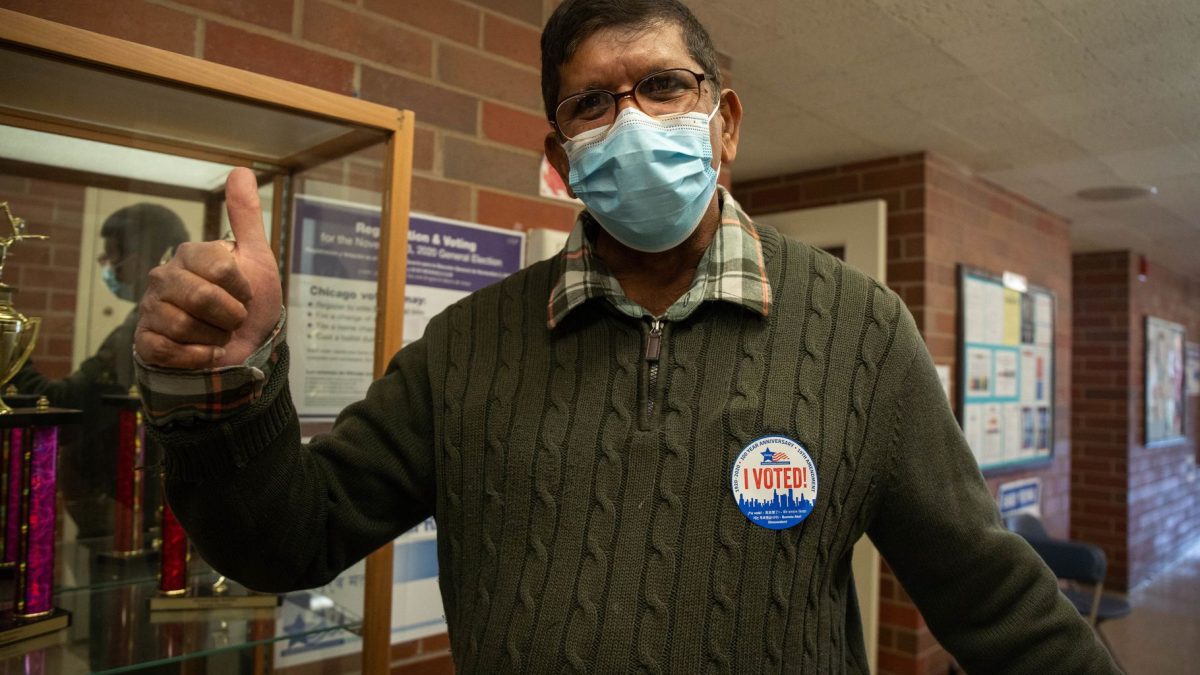 Stripped of citizenship in Myanmar, Rohingya immigrants find new home in Chicago — and a chance to vote for the first time

Chicago is now home to about 2,000 Rohingya, making it the largest Rohingya population in the United States. 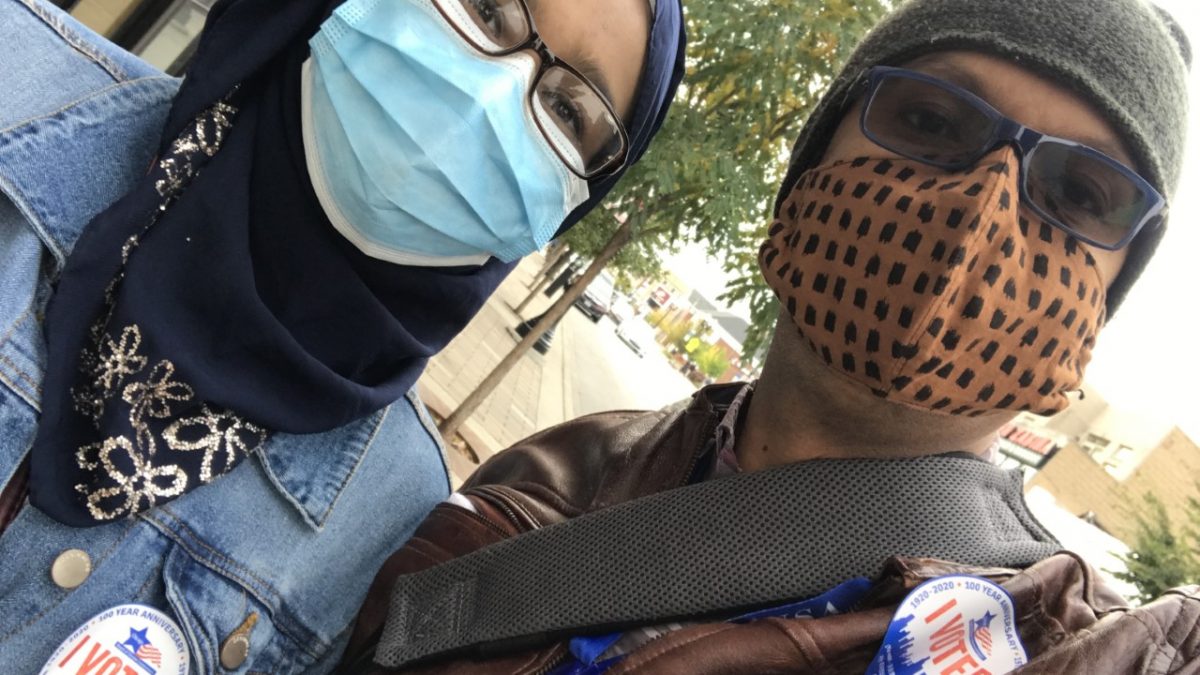 The journey from refugee to registered voter isn’t always an easy one. But this past October, more than a dozen Rohingya-Americans completed it when they cast their ballots for the first time in the 2020 U.S. general election. Those Rohingya refugees took a van to vote at the Warren Park.. 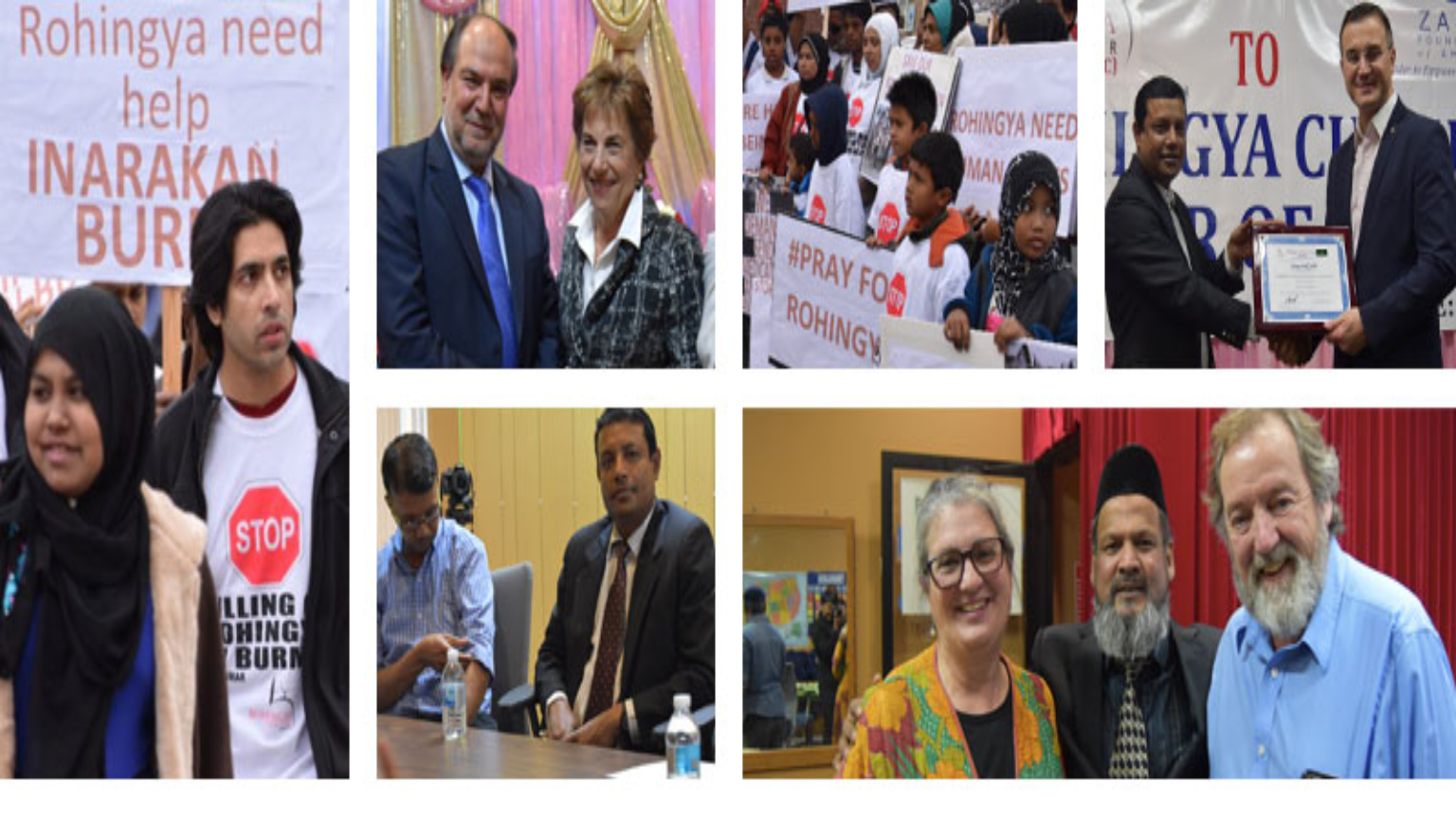 In the seven years he’s lived in America, Nasir Zakaria has hardly felt as grateful as he did Tuesday waiting at the Warren Park polling site in Rogers Park to cast his first-ever vote in his lifetime, he said. “Really I’m so grateful for country of United States,” Zakaria, a... 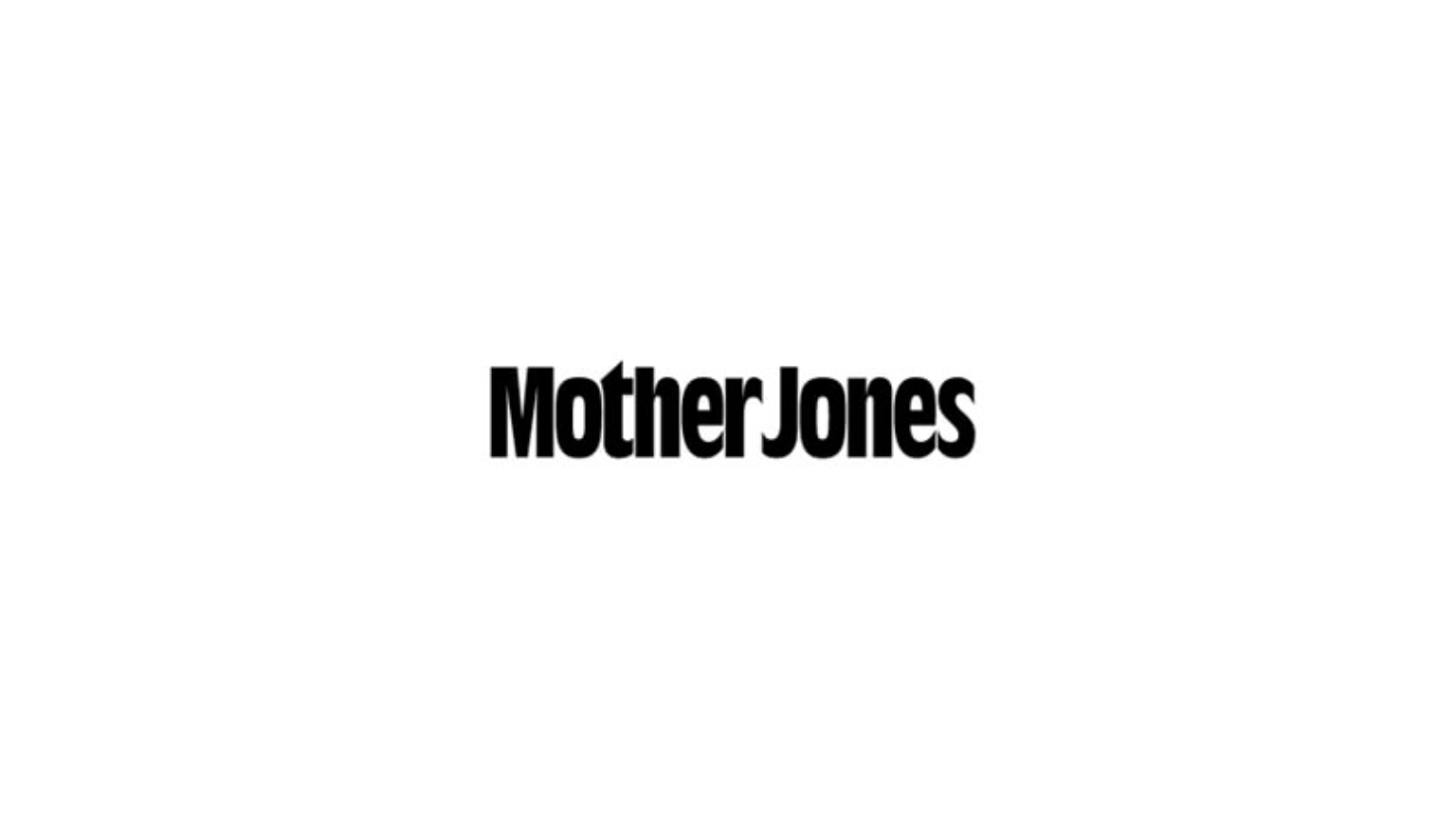 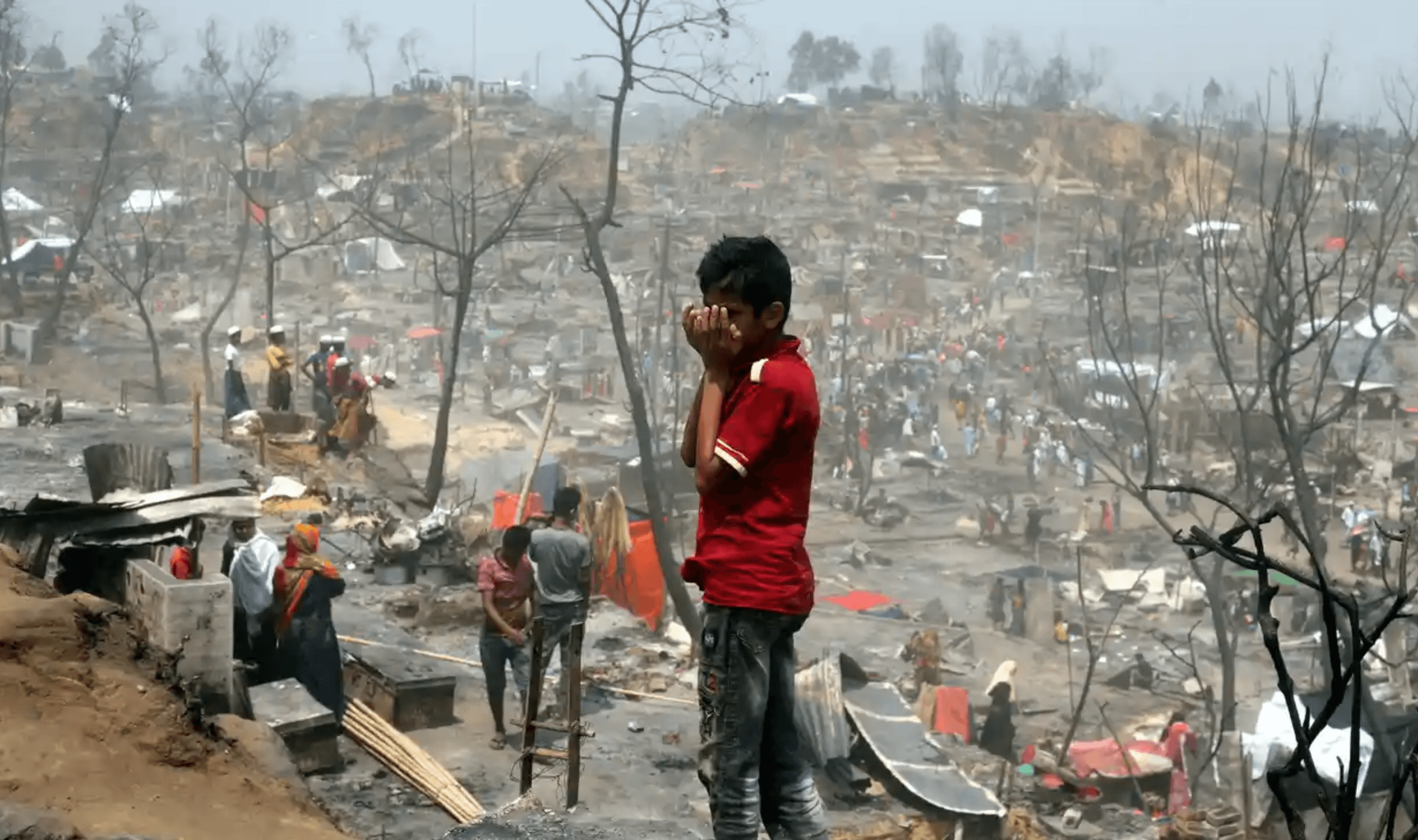 Facebook’s negligence facilitated the genocide of Rohingya Muslims in Myanmar after the social media network’s algorithms amplified hate speech and the platform failed to take down inflammatory posts, according to legal action launched in the US and the UK. The platform faces compensation claims worth more than £150bn under the coordinated move... 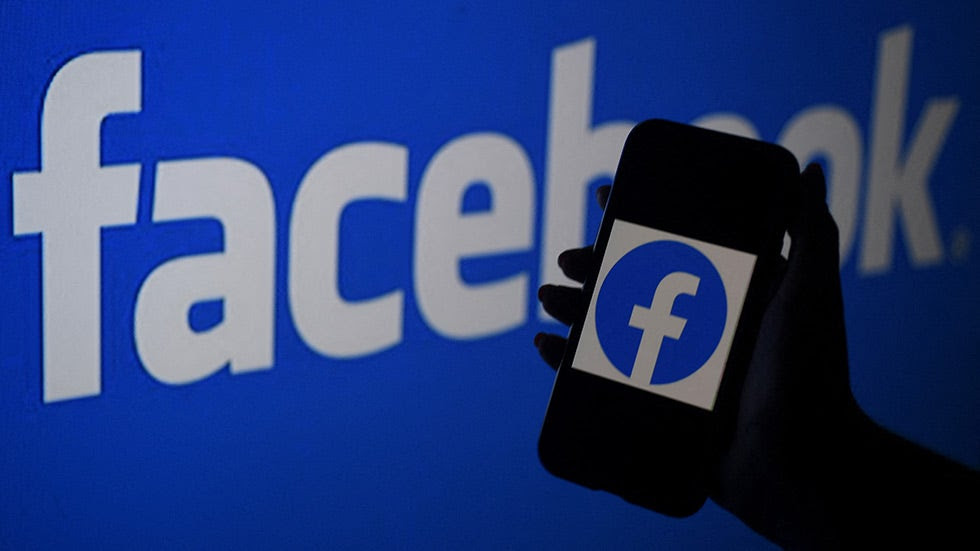 Rohingya refugees from Myanmar are suing Facebook for $150 billion over allegations that the platform failed to act against anti-Rohingya hate speech that fueled real-world violence against the group in the region, according to a complaint filed Monday. Refugees in the U.S. filed the case in California superior court, and Rohingya... 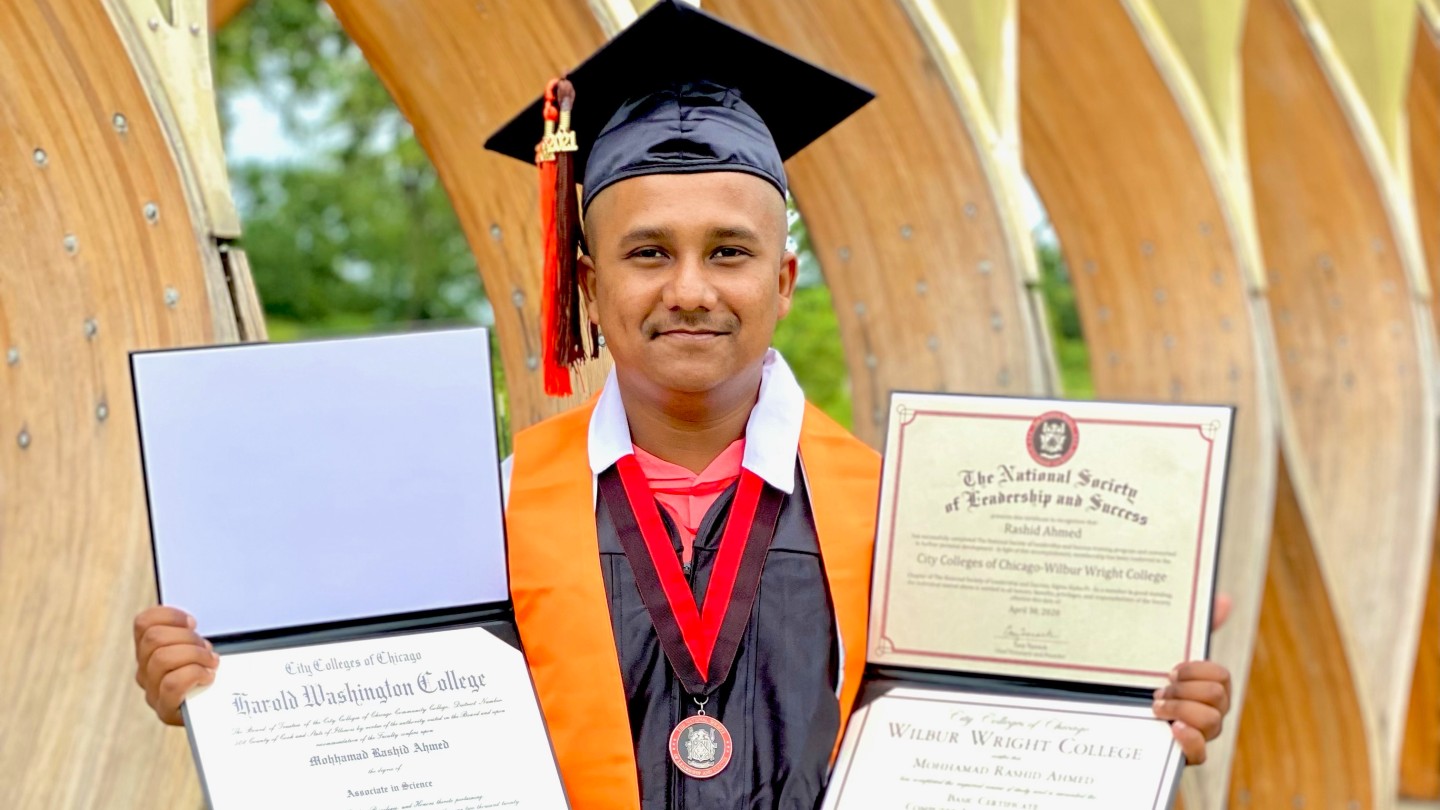 Ahmed is the first person of Rohingya descent in Chicago to graduate with a degree in higher education, said Sarah Pajeau, program director at the Rohingya Culture Center. 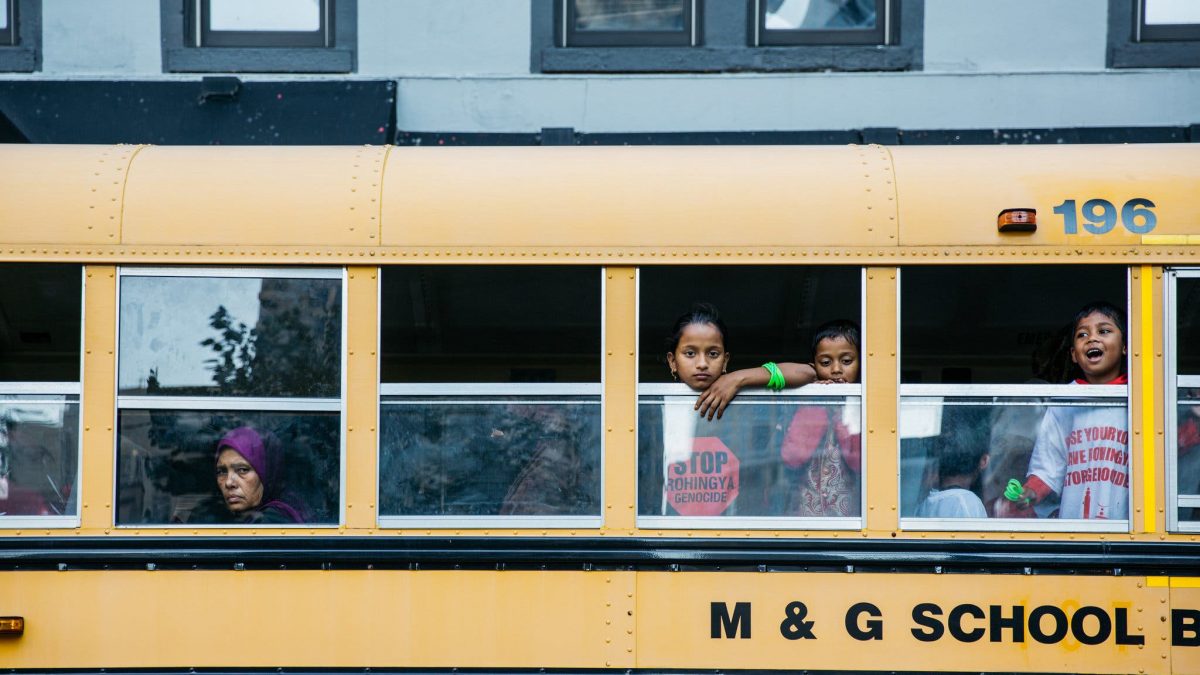 The Rohingya Who Made It to Chicago

The Rohingya people are desperately escaping Myanmar, the country where they have faced persecution for generations. The situation now borders on genocide and more than 500,000 have fled just in the past few months. 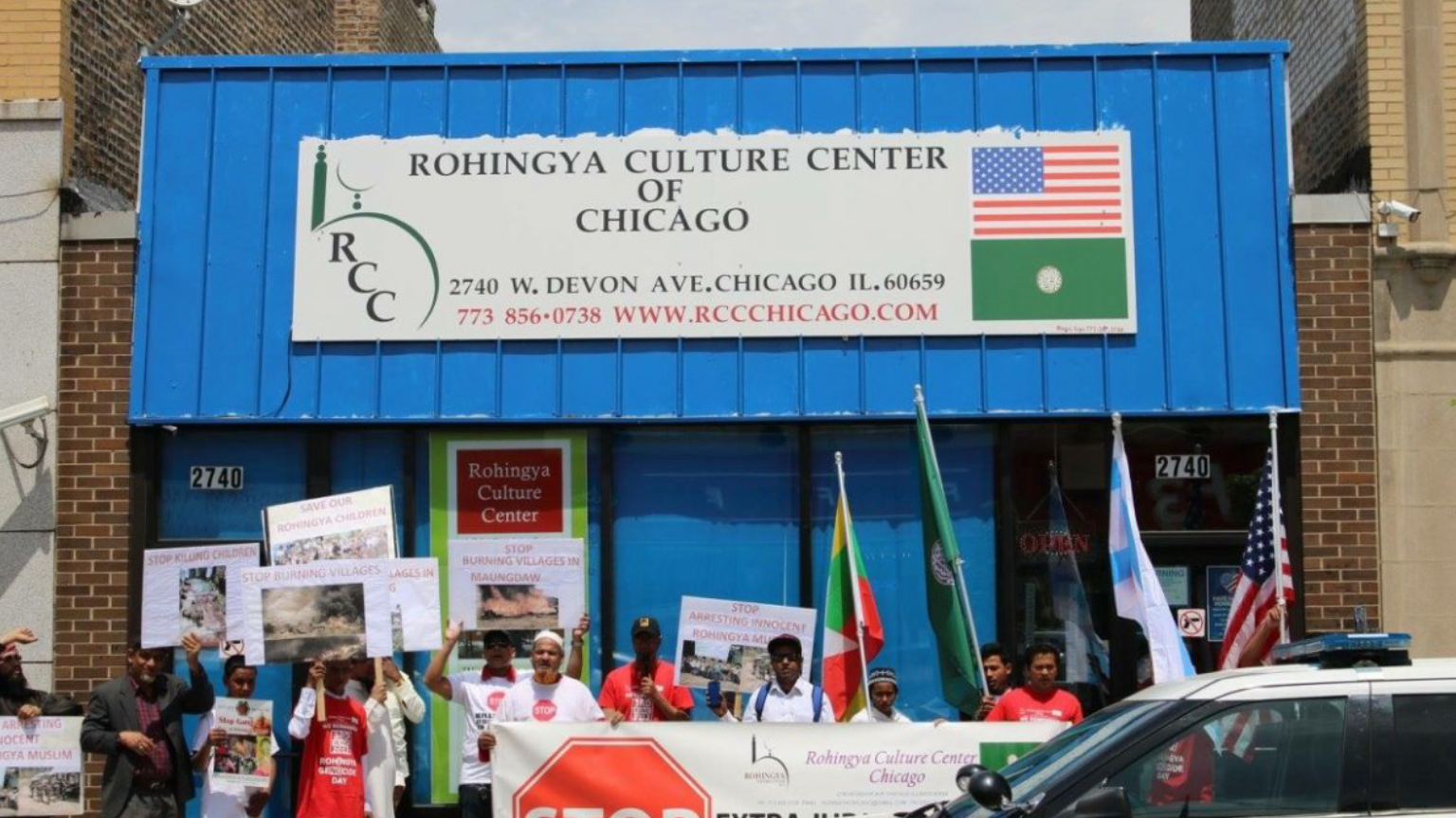 Adjusting to New Lives, Chicago’s Rohingya Look to Aid Those Still in Myanmar

There are now approximately 1,500 Rohingya living in Chicago’s north side, according to the Rohingya Culture Center (RCC), an organization that helps the refugees settle into the city. 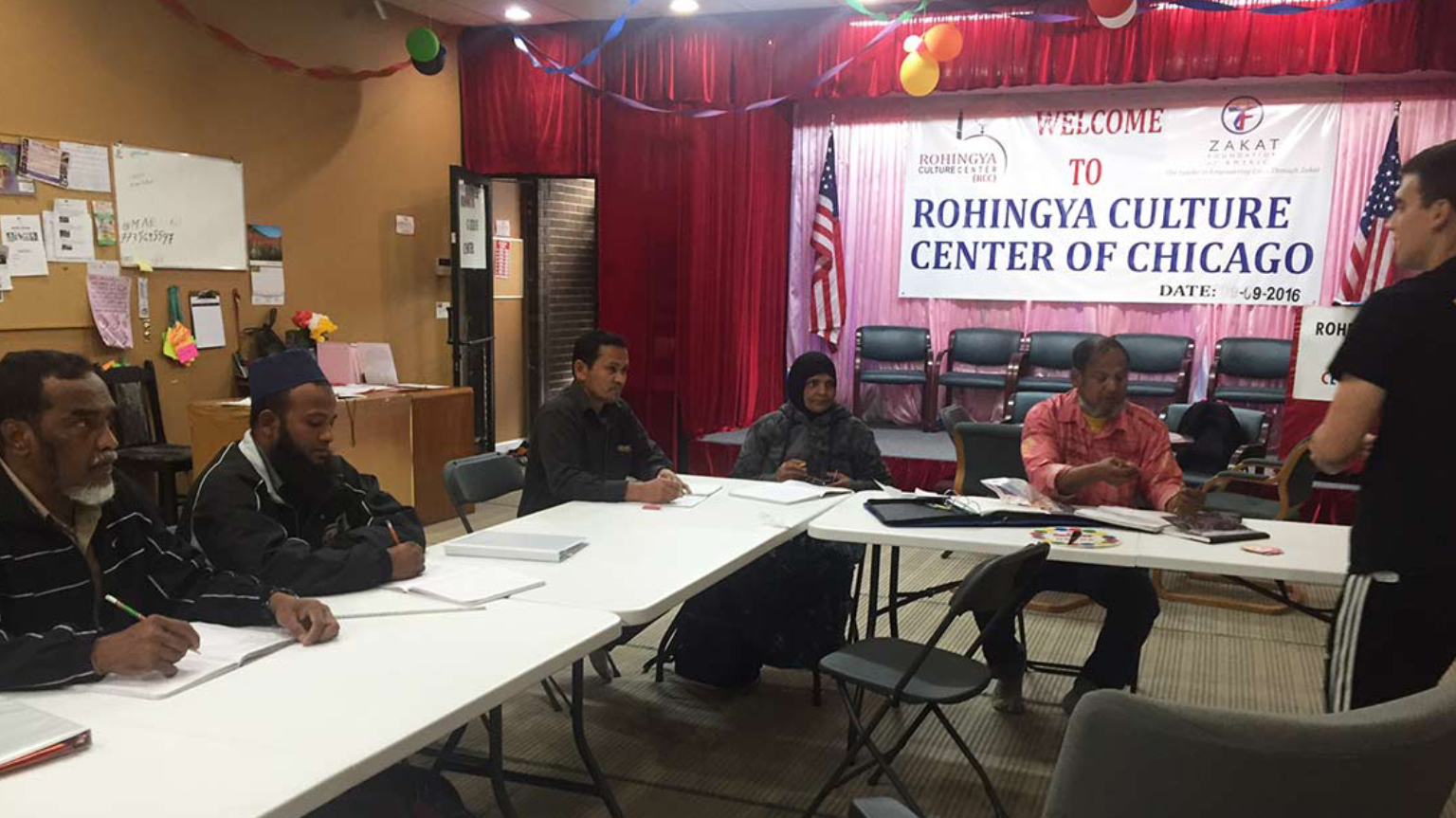 A dozen primary school-aged children sit around desks taking instruction from their tutors, local college students who volunteer as English language teachers at the Rohingya Culture Center in Chicago. 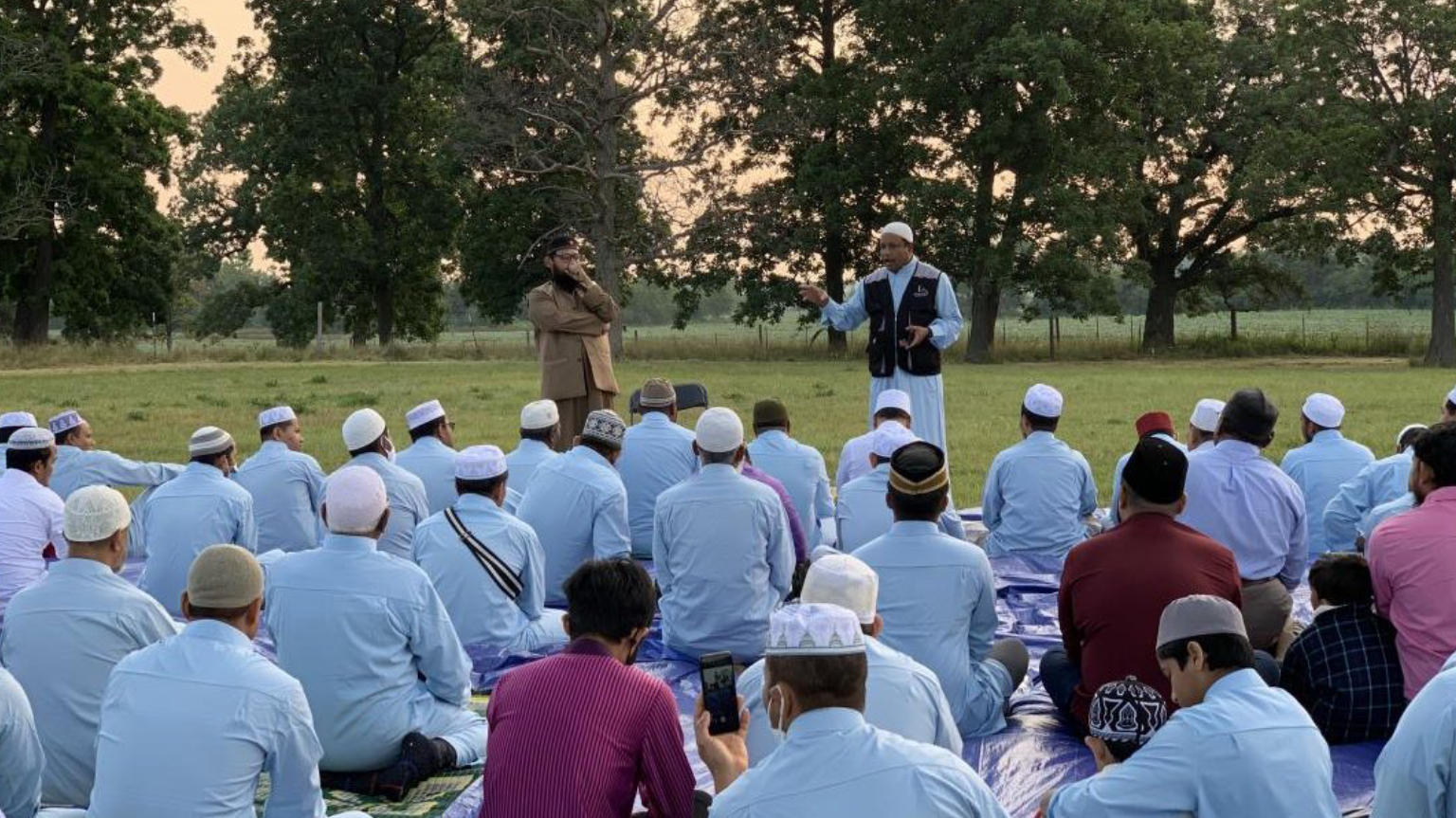 Rohingya Diaspora in the U.S.